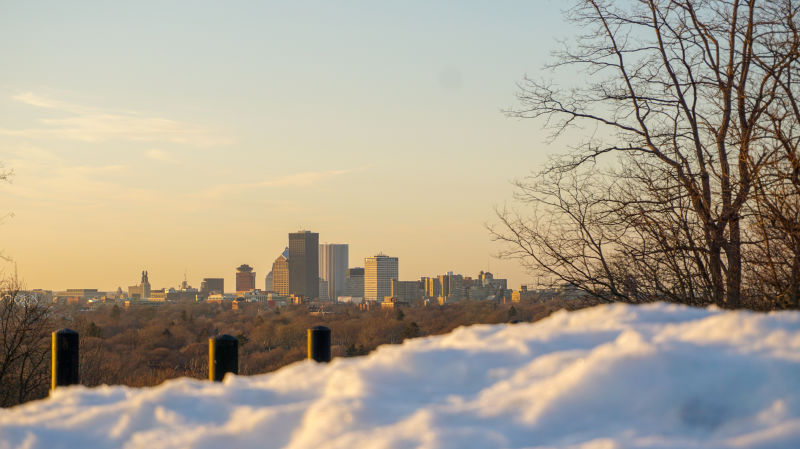 Wow, I really wasn’t expecting so many tips on my hometown of Rochester. We Rochesterians are used to losing: bids for the Olympics, Kodak and Xerox jobs, our area code to those jerkoffs in Buffalo. But this week we were winners, sharing over 140 comments with advice on visiting and living in upstate’s greatest city. For all the tips, read the staff tab under the original post. For highlights, read below.

Each Monday on Hack Your City, we ask readers for your best tips on a city: driving tips, restaurant recs, things to do, and any other advice for visitors and locals. Then on Thursday, we present the best comments. We’re working our way around the U.S. and around the globe.

The most famous is the Lilac Festival. “The lilacs (and azaleas and magnolias and rhododendrons) in Highland Park are spectacular if you are here in the spring. It’s fitting for the ‘Flower City’ that the Lilac Festival started spontaneously one fine Sunday in 1898 when Rochesterians just wanted to smell the flowers and enjoy spring,” says Jason.

“In September, be sure to check out the Rochester Fringe Festival,” says Emily. “Over 500 shows in the course of 11 days, in theatre, comedy, music, dance, and more. This year I saw drunk Shakespeare, an ‘immersive igloo’ music experience, improv, and plays about Poe and Peggy Guggenheim.”

“The park is smaller and rides are not as thrilling as the modern chain parks everyone thinks of today, but the park is very clean and well maintained. The most popular ride at the park is Jack Rabbit, an out and back wooden roller coaster built in 1920. Jack Rabbit still uses classic brake levers to control the ride, you just don’t see that anymore. For a wooden roller coaster, I find it to be one of the smoothest out there,” says RochesterGreg.

“Seabreeze exudes love for its own history. Stop by the carousel (a reproduction of their historic carousel, which burned down in the 90s). The carousel building has a nice display on the park’s history, a Wurlitzer organ (also a repro of the original), and one of the largest collections of music rolls for it in the country,” says Weatherglass.

For a long time, Rochester was built on Kodak money, and the house of Kodak founder George Eastman is now the world’s oldest photography museum. “The Dryden Theatre at the George Eastman House has classic films and many star actors (Meryl Streep, Michael Keaton) have been here lately to honor specific films,” says MyHonestOpinion.

“The Rochester Public Market is a wonderful place to enjoy a Saturday morning and get fresh food (and the best empanadas from Juan and Maria’s),” says TFT. “Go on Food Truck Rodeo nights during the summer for live music,” says Dani W.

“It’s more than a farmers market, there are little eateries, cafés bakeries and stands selling everything from kitchen wear to clothing. If you live there you can get fancy groceries for a week for less than $40,” says Racy Rebel. “The bounty of the Finger Lakes region’s farms bring folks from farm-to-table hipsters to new immigrants to wealthy suburbanites to city residents of more modest means and everyone in between,” says Jason.

I actually grew up a half hour south of Rochester, in Lima, a literal one-stoplight town. There’s one good place in Lima, and that’s George’s Diner. But just north of Lima is Mendon Ponds Park, my childhood sledding spot, home of 21 miles of hiking trails, and a favorite of Lifehacker readers.

Mendon Ponds is a big birdwatching destination. “It’s a nice bit of nature where you can go to a non-profit and learn about birds of prey. They even had two bald eagles last time I visited,” says HeartofArchness. “Bring sunflower seeds. The chickadees around Wild Wings will eat out of your hands,” says Weatherglass. Mr.Meep praises the park’s “glacial geology” (which includes a kettle hole called Devil’s Bathtub).

“There’s a ton of interactive kids stuff, but there’s also a lot of history to see: old toys, dollhouses, video game history, a full arcade (Dance Dance Revolution ftw). Spent three hours in there and still feel like I missed a ton of stuff. There’s also a butterfly conservatory you can wander through,” says ZombieRunnerFive. Your kids “will run out of energy before you run out of stuff to see and play with,” says speljester. “Whether you have kids or not, it’s a lot of fun,” says GeekDad.

“I know it’s a cheap beer, but the food is pretty good and they have way more than Genny Cream on tap. If you are there in the summer, the roof is a great place to watch the falls,” says Atlanta East Guy.

“Breweries are hailed at a lot of festivals, but events like the Rochester Cocktail Revival have been getting national coverage with spirits fans. Plus, the second best region for wine in the entire country is located nearby,” says CPClemens, referring to the Finger Lakes region.

“I forgot about the election day tradition at Susan B. Anthony’s grave!” says Jason. “Such a cool uniquely Rochester thing. For years, women had been going there to place their “I voted” stickers on her headstone. In 2016, for obvious reasons, it became a huge event and our mayor and congresswoman were there! The city had to put up boards to collect all the stickers (as they can damage the stone itself).”

Don’t actually get a garbage plate while sober, but watch someone else get it. “Rochester is also famous for our garbage plates. Originally created by Nick Tahou Hots, you can now find them at every suburban hots/burger joint,” says RochesterGreg.

“Skip Nick Tahou and go straight to Dogtown for a plate,” says Dani W. “I’d recommend not going [to Tahou] as it gets a little dicey,” says IwasOnTheSexBoat. “Note: in all the other places they are called ‘insert synonym for garbage’ plate,” says Whittx.

Another local classic is Dinosaur Bar-B-Que—a New York chain that actually started in Syracuse, and has locations across the state and in New York City. “Skip Dinosaur BBQ and go to Sticky Lips instead,” says Racy Rebel.

The greatest Rochester food institution is actually Wegmans. This upstate grocery store chain slaps. It’s fancy but approachable, combining local goods with international offerings. “Whole Foods doesn’t compare to Wegmans in Pittsford, because Wegmans has local food people actually eat at reasonable prices,” says HeartofArchness. If you do hit up the branch in the fancy suburb of Pittsford, Disco32R recommends The Burger Bar.

That’s all the highlights; read many more tips in the original thread. And come back Monday when we head down to Brazil.