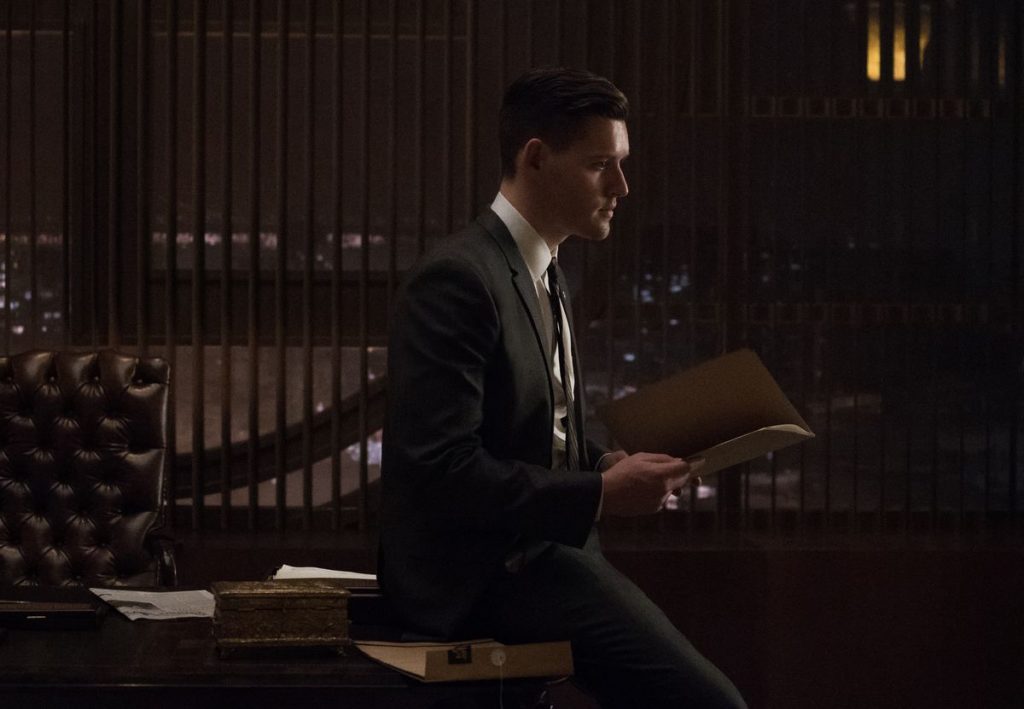 Spoilers ahead for previous seasons of The Man in the High Castle.

Science fiction often challenges social and political issues that might be hard to tackle in different genres, so it’s ironic that the closer Amazon’s The Man in the High Castle gets to traditional science fiction, the less relevant to current reality it becomes. Season 3 devotes significantly more time to exploring the series’ multiverse, where some people can travel between different worlds that are mostly defined by which faction won World War II. But a closer look at the mechanics of the plot shows how shoddily it’s built, which detracts from the far more compelling character stories.

Set in a world in which the Axis won World War II and has divided North America between Japanese and German control, The Man in the High Castle explores the political tensions between the two superpowers and the lives of people working with or fighting against their oppressive regimes. Season 2 ended with the mysterious titular character (Stephen Root) telling resistance fighter Juliana Crain (Alexa Davalos) she is key to his project of collecting films from other worlds. The films, which range from footage of the Bikini Atoll nuclear testing to quaint home videos, have become an obsession of Nazi leaders and the American resistance movement alike in the show’s primary world.

Early on, season 3 reveals that each film has been brought over to the show’s primary world by a “traveler” with the ability to pass between worlds. The Nazis have been doing their own research into the phenomenon, and the resulting plot is a messy mix of Fringe and the “Crisis on Earth-X” Arrowverse crossover event. None of this is part of the Philip K. Dick novel the show is based on, and while many of the changes made to the source material have been for the better, the push deeper into science fiction isn’t.

The first film Juliana sees contains footage showing the aftermath of the Allies winning World War II, and in season 3, she continues to use it as a motivator for the resistance. The reactions of disbelief, joy, or anger in her audiences are powerful every time. It’s obvious why a traveler would want to bring that footage over from another world. But why did someone bring a tape showing American Nazi leader John Smith (Rufus Sewell) sharing Coca-Cola with his wife and son Thomas (Quinn Lord) well before Thomas’ death? Did the traveler somehow have knowledge that Smith is important in a different world and that his son would be killed? Season 3 never makes that clear, but The Man in the High Castle has already been renewed for a fourth season, so answers will likely continue to be doled out.

But the foundation of season 3’s plot feels flimsy. The origin of the mysterious films has always felt less important than the impact they have on the characters. The Smith film, which Smith watches while sorting through Hitler’s collection, is narratively significant because it lets him see Thomas still alive, even though the Nazis killed him in the name of eugenics. It shows Smith a world where he’s less powerful but also content, setting up a season of internal turmoil where Smith is increasingly pressed to choose whether to prioritize his political career or the happiness and welfare of his family.

Smith, who won a promotion for his loyalty to Heinrich Himmler (played with maniacal glee by Kenneth Tigar), is seen as a threat to American Nazi Party founder George Lincoln Rockwell (David Furr), the highest-ranking Nazi in North America. The competitive plotting between the two men puts Smith’s already fractured family in the crossfire, and forces him to repeatedly question the man he has become and the government he serves.

Smith’s political intrigue delivers some of season 3’s most suspenseful material, matched only by a similar dance being performed across the country by Juliana and Nazi spy Joe Blake (Luke Kleintank). Each is trying to get information out of the other, and the mix of philosophical conflict and sexual tension is electric as they spar both publicly and privately. Juliana’s work for the resistance gets an assist from a series newcomer, black market trader Wyatt Price (Jason O’Mara), who can turn from charming to issuing credible death threats within a sentence of negotiation. Both of the season’s major plot lines deliver dramatic surprises that make it clear that The Man in the High Castle’s writers are willing to take big risks with their characters.

But some of those risks don’t pay off. The Man in the High Castle hasn’t stopped telling moving stories about Jews trying to survive in a world where the Nazis are the dominant superpower, but this season, the show also is devoting time to persecution of gay, lesbian, and bisexual characters. That’s a worthwhile addition, but the execution fails when sexual orientation is used to define characters rather than add to them. Good-natured mechanic Ed McCarthy (DJ Qualls) finds love in the arms of a Denver cowboy and develops a confidence that gives him new purpose in the resistance movement. But the attempt to further develop Nicole Dormer (Bella Heathcote), whose primary role in season 2 was to seduce Joe Blake, spends too much time on her sexuality at the expense of every other aspect of her character.

Nicole comes to New York in season 3 to work on a propaganda project meant to destroy American landmarks like the Statue of Liberty and Mount Rushmore, and replace them with monuments showing devotion to Nazi ideals. She starts up a fling with reporter Thelma Harris (Laura Mennell), which would be fine if the fling didn’t eat all of their screen time, removing the opportunity for either character to have a more developed plot. Nicole’s role hints at a version of Mad Men where advertising is used to sell Nazism — further illustrated in this season’s spectacular glimpses of what the Reich has done to Times Square. Thelma’s raises the question of what it even means to be a journalist operating under a fascist regime.

Thelma’s story in particular should be worth exploring right now, given the Trump administration’s politically motivated war on American media. Both storylines could offer enough material for several episodes, but they’re brushed aside to provide more scenes of the two characters in bed, or dancing together. It’s the shallowest form of representation: one that makes lesbianism the whole story for women, instead of just an aspect of their rich lives.

The Man in the High Castle season 3 does deliver some striking scenes. In one, a group of students spontaneously rise to salute Thomas because of his son’s death, which they see as a powerful sacrifice for the Reich. Another sequence juxtaposes a Himmler speech about annihilating the past with a Jewish community in hiding celebrating a Bar Mitzvah, with all its attendant ceremony and history. The set designers are clearly having fun with the setting’s opportunities for subtle classical Japanese-inspired interiors in San Francisco, Wild West saloons in the Neutral Zone, and swastikas plastered on just about everything in New York. Big moments, like a near recreation of the neo-Nazi march in Charlottesville, are interspersed with subtle references to differences between the series’ world and our own, like a woman trying to pawn a belt buckle John Wayne gave her before dying during his military service in Europe.

It’s the shallowest form of representation: one that makes lesbianism the whole story for women

A major theme of season 3 is the way art can become a form of resistance, explored through the works of an unknown painter that begin appearing throughout the western United States, and are taken up as a symbol of protest. While the otherworldly films are used as a rallying cry because they offer proof of a better world, the posters and murals are a homegrown expression of the desire for change. They represent people willing to take big risks to improve things, and they’re not bogged down by the need for complicated explanations of the mechanics of traversing the multiverse. They also represent the better impulses of The Man in the High Castle, providing fodder for personal and emotional stories rather than retreading science fiction tropes.

The show’s promoters have been using the images along with a #resistancerises social media hashtag to hype the new season across Twitter, Facebook, and Instagram, embracing the fact that the concept of fascists running much of the United States has become political in a way The Man in the High Castle’s creators couldn’t have imagined when the show premiered in January 2015. As political parties with neo-Nazi roots gain influence around the world, it feels like The Man in the High Castle seems to want to lean into its new role in cultural discourse, but it’s diluting its powerful message about the dangers of fascism by spending too much time talking about other realities. As the future of our world becomes more uncertain, The Man in the High Castle’s could provide a look at both worst-case scenarios and the tenacity of those who would fight against them. It just needs to focus more on its strengths to build a world that viewers will keep wanting to travel to.

Season 3 of The Man in the High Castle debuts on October 5th on Amazon Prime Video.