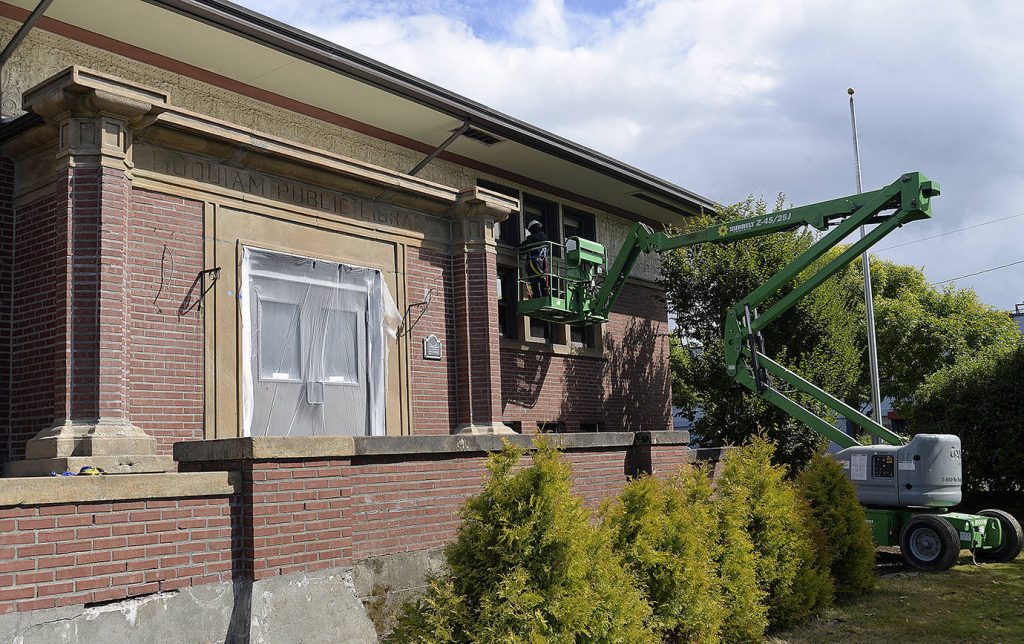 Four branches of the Timberland Regional Library in Grays Harbor County would be closed as part of the proposed 2018 facilities plan released this week.

Under the proposal, the Hoquiam, Montesano, Oakville and Amanda Park branches would be closed.


But Corby Varness, Grays Harbor County representative on the Timberland Regional Library board and chairwoman of the facilities committee, stresses, this is only a proposal.

“This is a mere proposal of a plan,” Varness told The Daily World Thursday afternoon. “It is not vetted by the facilities committee, has not been approved by the board of trustees, it is not actionable as it stands. In my mind there’s a long path from today before any of this happens.”

Varness said the board was first made aware of the proposal just Saturday. She said it is the result of hard work by staff members and contains some good ideas on how libraries can reach out to their communities, but she “would have preferred for it to have been a more collaborative process.”

The news hit social media like a storm Thursday. Varness, who lives in Montesano, said she spent much of the day trying to deliver her message that this proposal is just that: a proposal.

“I’m frankly unhappy about how this was made public without enough explanation,” she said. She said it is board policy that any change to a service point — be it a new branch, significant changes to a branch or the closure to a branch — must be presented to the facilities committee “which works on it extensively, then bring a recommendation to the board, and often times the board kicks it back for more work. It’s a very deliberate, careful process. And this plan has not been vetted by the facilities committee, only presented, and is not an actionable plan as it stands.”

Late Thursday, Jeff Kleingartner, communications manager for Timberland Regional Library, said, “The Capital Facilities Proposal is just that, a proposal for the TRL Board of Trustees to review, evaluate, ask questions and determine the next steps as they make any decisions related to buildings. The proposal was developed with a sustainable future in mind, looking at national and international trends in library services along with community needs and financial considerations given TRL forecasts a $700,000 deficit in 2019 and in 2020 as expenditures outpace revenues.”

Kleingartner added his office had received emails and letters from the public Thursday, “and today posted on our website a page that provides an opportunity for people to submit comments or an email they can send comments to. Additionally, we will be hosting workshops, community conversations and stakeholder interviews in the near future to gather public input.”

According to the report, the Aberdeen branch “already operates essentially as a full-service hub location for West Grays Harbor in its role with Westport and Amanda Park. Renovating the library is one step toward enhancing that role.”

As for the Hoquiam branch, “Combine with Aberdeen, consolidating services, and vacating this location” is proposed. “These libraries are located less than 4 miles apart, duplicating services in both locations and increasing expenses. Consolidating resources would allow an increase in services such as programming and outreach, as it would reduce building staffing needs.”

Arnie Martin, a member of Hoquiam Friends of the Library, has read portions of the report.

“I don’t know quite what to think about it,” he said. “I can see they’re looking at things they can do to reduce costs and improve efficiencies; I hope that it doesn’t end up with the Hoquiam library closing.”

Budgetary reasons are cited in the proposal for branch closures. According to the report, Grays Harbor County produces 11 percent of TRL’s revenue and receives 19 percent of the budget, the second highest rate in the district. The county also has the largest number of locations, with eight.

“In the details and the charts we come out pretty well on cost per hour of operations and pretty well on the number of people served, but where we don’t come out well is we are only 4 miles away from the Aberdeen library,” said Martin.

The Hoquiam branch is currently undergoing a $1 million renovation and is scheduled to be closed for about a month starting in October. The building is owned by the city, is listed as having 4.4 full time employees and currently operates on a budget of a little more than $300,000.

According to Hoquiam city administrator Brian Shay, Timberland Regional Library gets a percentage of property taxes they use to fund operations of the library. Cities that own library buildings, such as Hoquiam, are responsible for paying for maintenance and operations expenses of the facility itself.

The loss of the library would leave a hole in the community, said Martin.

“One of the reasons I moved here is because it had a good public library,” he said. “I would be very sorry to see it close. Just the work on the library going on now and the fact the meeting room is closed leaves a big hole for local organizations to find a place to hold their meetings.”

Martin, and Hoquiam library manager Mary Thornton, stress at this time it is just a proposal. There won’t be another Timberland Regional Library meeting until Oct. 24 in Tumwater, the earliest the board could make a decision. Thornton and Martin aren’t sure about the timing of how things will play out.

“It’s going to be a process that is going to be spread out over a length of time,” said Martin. “I hope that it does’t end with the Hoquiam library having to close.” He says he plans to “put my two cents in” until a decision is made.

Varness said there is a facilities meeting Oct. 3, at which point she and others on the committee will go over the proposal carefully and offer their input.

“As far as I’m concerned we’ll just begin this process anew and look at everything on the table and see what we can do,” she said.

The proposal recommends closing the Montesano branch and “consolidating services” with the Elma branch. This would provide opportunities “to enhance services, open hours, and the opportunity to create an East Grays Harbor hub location in Elma. It could start in the existing facility, utilizing funds from the sale of the Montesano building to kick start fundraising for the new construction of an East Grays Harbor hub location.”

The proposal states that combining Montesano and Elma services could allow the library to open seven days a week, with more evening hours.

The Oakville branch would be vacated and combined with Elma and Centralia under the proposal, saying it would create opportunities to enhance services based out of the East Grays Harbor hub in Elma.

The Amanda Park location would be sold under the proposal, and mobile services based in Aberdeen would be expanded to reach areas such as Moclips, Pacific Beach and Copalis Beach. “Adding remote lockers in a location such as the Quinault Indian Nation’s community center in Taholah could provide an alternative for after-hours service to card holders in a location they frequent often,” said the proposal.

Two of the four locations proposed for closure, Amanda Park and Montesano, are buildings owned by Timberland Regional Library. Hoquiam and Oakville are city-owned.

The proposal recommends combining the Raymond and South Bend locations. The two libraries are 5 miles apart, and the proposal is to “Explore partnership with the cities of Raymond and South Bend and the Port of Willapa to find a suitable location to build a new North Pacific County hub library.” The South Bend library is currently closed “due to an overabundance of caution regarding lead paint, mold, and asbestos in the building,” according to the proposal.

In the southern portion of Pacific County, the proposal calls for a South Pacific County full-service hub facility, combining Ilwaco and Ocean Park.