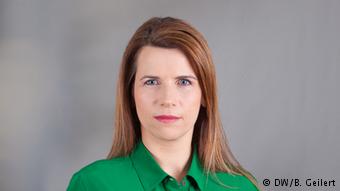 On September 26, 2017, French President Emmanuel Macron delivered a speech at the Sorbonne laying out his vision for the future of the European Union. In Berlin, his remarks were seen as a to-do list for the bloc. The speech divided the members of German Chancellor Angela Merkel’s conservatives in parliament. Supporters of the French president’s vision were ready to stand behind his call for a joint EU budget and expanding the European Stability Mechanism fund. Critics, however, viewed Macron’s plans as an effort to take money away from German taxpayers in order to make up for budget shortfalls in other EU member states.

More recently, the election of Ralph Brinkhaus as Merkel’s new parliamentary group leader in the Bundestag after the ouster of her longtime ally Volker Kauder was a domestic political defeat for the chancellor; it also limited her influence within the European Union. Brinkhaus may not be a euroskeptic, but he is fully supportive of what Macron has lamented as the “fetish” of fiscal conservatism, particularly when it comes to policy in Brussels. The fact that his views stand in the way of reaching consensus at the EU level seems to bother Brinkhaus little. However, in the minds of Germany’s conservative parliamentary group — an alliance between Merkel’s Christian Democrats (CDU) and their Bavarian sister party, the Christian Social Union (CSU) — he is a breath of fresh air. Security and prosperity across the European Union, the central message of Merkel’s one-on-one talks with Macron earlier this year, require not only a strong euro, but also concerted efforts by member states. However, it seems that Merkel’s struggles will continue, particularly when it comes to achieving a common eurozone budget.

Merkel’s latest woes add another complication to the much-publicized divisions in Brussels. Ultimately, they demonstrate her limited political toolbox in these exceptional times — when it comes to both the European Union and her chancellorship. She continues to forge ahead with the same tactic of examining the situation, waiting and then coming up with a solution at the last minute. But the current political climate, including the factionalism within her own conservative bloc, is far too volatile to continue with that approach.

The fallout from the recent repurposing of Germany’s domestic security chief has shown the chancellor’s critics in Brussels that perhaps they can take a page from her own playbook and simply sit back and wait for the end of the Merkel era. Even the chancellor herself has realized that she needs to act quickly to spend all the political capital that she has saved up over the past 13 years before another kerfuffle further limits her influence. A number of powerful voices continue to view Germany as the key to the European Union’s stability. If Merkel is serious about leaving behind a stable and sustainable EU when she leaves office, she needs to come out of hiding, and fast. She needs to throw all of her political capital and influence behind a single vision for the European Union — something that appears to be against her very nature.

Macron is also under pressure domestically, stoking fears that this historic chance for a Franco-German solution for the European Union has already been wasted. For Merkel especially, time and power are running out.

At 1830 UTC, DW’s editors send out a selection of news and features. Sign up to receive it here.