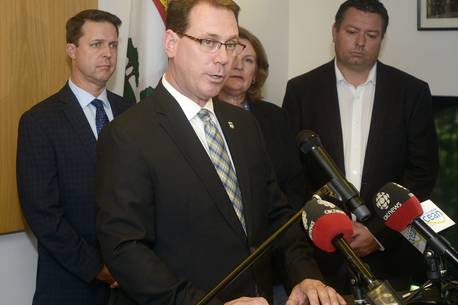 Rethinking conservatism does not mean reinvention so much as rediscovery – a return to first principles, yes, but also a fresh consideration of how they might be applied to current problems.

There is still a market for what P.E.I. Progressive Conservatives are selling – putting aside recent poor polls and the sudden resignation of leader James Aylward, with no one seemingly on the horizon to take his place.

More important, there is a need for conservative alternatives on the most urgent matters now facing the public. From higher taxes in particular – such as the scheme the Green Party of P.E.I. is proposing with their carbon tax proposal, economy and health care for Islanders.

My advice to members of the P.E.I. PC Party is to offer free memberships. It would make it easier to sign up new members and enlist support for your nomination. The conventional thinking is that identifying 250 members as supporters in a strong PC riding will make you competitive in the nomination.

This requires significant sacrifice, both personally and professionally. You need to be prepared to take three to six months off work to door-knock in the riding and sign up new members.

This system benefits individuals with a certain level of financial security or strong ties to party influencers in the district, and there is little correlation between these factors and whether someone would make a competent MLA. Free memberships would make it easier to find support and make this less of an opportunity cost.

The P.E.I. PC Party needs to have candidates who reflect the diversity of the Island population, and not just their base supporters, when the barriers to these fair and open nominations are removed. The Conservative base represents approximately 20 per cent of Island voters, but history shows that majority governments require 39 per cent of the vote at minimum. Growth of the Tories’ core vote requires them to sell their message to a new audience — a swing vote of politically unaligned Islanders who may flip their support between political parties from one election to the next.

Peter Bevan-Baker’s Greens have a light weak policy platform with the goal to sell an emotional message of positive change to youth and millennials. It is my belief the P.E.I. PC Party should connect with young families and seniors.

They can provide their strong fiscal management and stress the message that a Green Party carbon tax will hurt the pocket book of everyday Islanders. The PC Party first step is to nominate candidates to attract the largest growing demographic – millennials.

It’s time to for the P.E.I. PC Party to remove the private club mentality from there political process and make candidates more accountable to the electorate. Removing barriers to being involved in politics would be the epitome of grassroots political engagement and gain trust of Islanders.

While making membership to the PEI PC Party free would not solve all problems, it would be a significant step towards nominating candidates that reflect the diversity, modernity and message Islanders will expect from them.