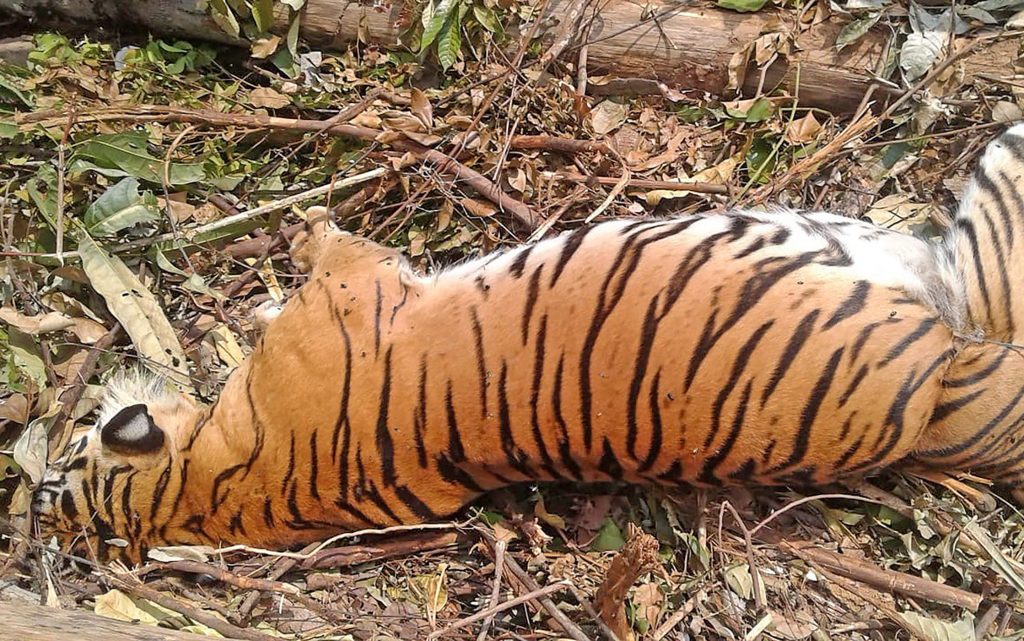 Locals reported to a Sumatran conservation agency that a female tiger was seen caught inside a pig trap placed by a hunter in Muara Lembu village in Riau province, Indonesia.

For endangered species, the death of just one animal threatens the group’s future. The loss is especially poignant when a death is accidental, which was recently the case for a rare Sumatran tiger.

A hunter on the island of Sumatra in Indonesia laid a trap earlier this week hoping to catch a wild pig. But yesterday (Sept. 25), the hunter discovered a much bigger animal caught in his snare: one of the island’s rare big cats, international news agency Agence France Presse (AFP) reported.

The hunter reported the trapped tiger to local conservation officials, but when they arrived at the scene, the cat had disappeared. Today (Sept. 26), the tiger’s body was found nearby, and officials suspect that a rope from the trap, which was found tightly cinched around the tiger’s abdomen, killed the animal, according to AFP. [Iconic Cats: All 9 Subspecies of Tigers]

Just one tiger casualty would have been bad enough, but this tiger was a pregnant female due to deliver her cubs, conservation officials told the AFP.

Sumatran tigers (Panthera tigris sumatrae) are a subspecies found only in the forests and swamps of Sumatra, and fewer than 400 individuals are thought to live in the wild, according to the World Wildlife Fund for Nature (WWF).

Poaching exacts a heavy toll on the endangered Sumatran tigers, with an estimated 40 animals killed per year for the illegal animal trade. But accelerating habitat loss is the more immediate threat to this iconic animal, as deforestation transforms the tigers’ wooded homes into plantations, the WWF reported.