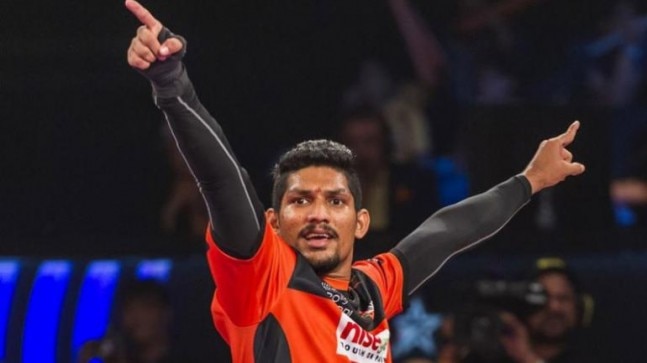 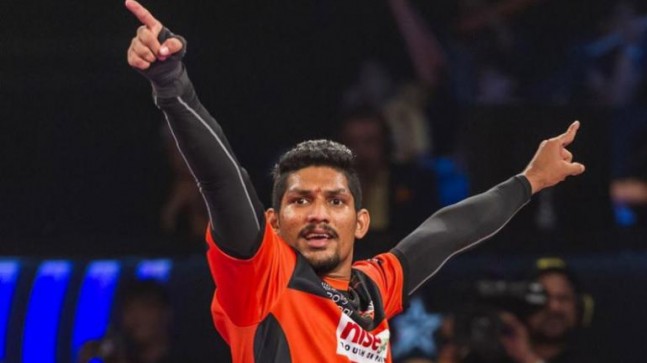 Back in 2014, Rishank Devadiga was bought by the U Mumba side as a young prodigy for mere Rs 5 Lakh for the first Pro Kabaddi League season. Cut to 2018, the Mumbai lad was retained by UP Yoddha for a staggering Rs 1.10 crore.

In a league that has uplifted the face of the ancient Indian sport in the country, Rishank found his escape from financial cripple and rose through ranks to find his place in kabaddi’s elite list of raiders.

The 26-year-old recalled the days when he had to work as a waiter in Leela Hotel, Mumbai, admitting that the big-fat pay cheque is a dream come true.

“The amount that I am getting for this season is a real dream come true, to be honest,” Rishank told Mail Today.

“I have struggled during my initial days when thinking about kabaddi as a profession was not even a choice. I remember the time when I worked as a waiter to help my mother make ends meet and that was when I decided I would keep working my way upwards. When I got selected to play for U Mumba, I decided I would give my 100 per cent to remain in the league and earn money. Gradually from Rs 5 lakh to Rs 50 lakh, I can’t believe when I touched the crore-mark. I have always been careful with money and kept my focus solely on helping my family and taking care of them,” he said minutes after being named the captain of the UP Yoddha for the sixth PKL season.

Last season, when UP Yoddhas crushed Jaipur Pink Panthers 53-32, Rishank made history by scoring 28 raid points the highest number of points in a game.

This time, the raider has a more concrete role after the franchise decided not to retain last year’s top bid Nitin Tomar.

He is confident that the team will fill the void left by Tomar’s departure and improve on last
season’s show.

“We finished fifth overall and it was a good first season for us. We will only improve from here. I think Nitin was a valuable player for us but we have raiders capable of winning the points and we can bank on them. We have had a good training season and we are going for the kill,” he summed up.