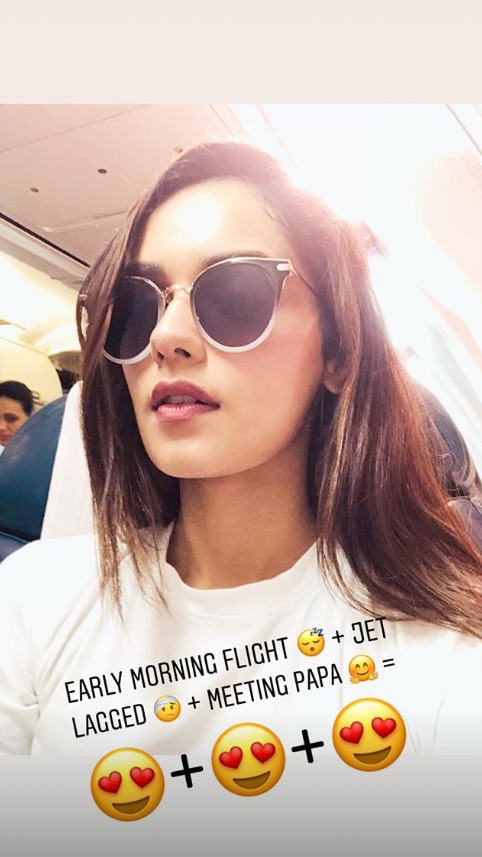 Manushi Chhillar, who was recently holidaying in Los Angeles is heading back home to Mumbai.

The diva took to Instagram today to post a picture of her on-board a plane and all-set to head back home to meet her father.

For her airport look, the Miss World 2017 had donned a white top and styled it with tousled hair, bare face and black sunnies.

Manushi, who is very close to her father, had posted another picture on her social media which she captioned saying, “See you soon papa!”

Manushi Chhillar is heading back home from Los Angeles

Seems like Manushi is homesick already and can’t wait to meet her father again after a long holiday.

The globe-trotting diva had commenced her journey around the world after recovering from a leg injury.

She was in Los Angeles for her appearance on the popular Ellen DeGeneres Show. She had appeared on the show alongside ex Miss World 2016, Stephanie Del Valle.

The diva is rumoured to be gearing up for her big Bollywood debut with Karan Johar’s Dharma Productions.