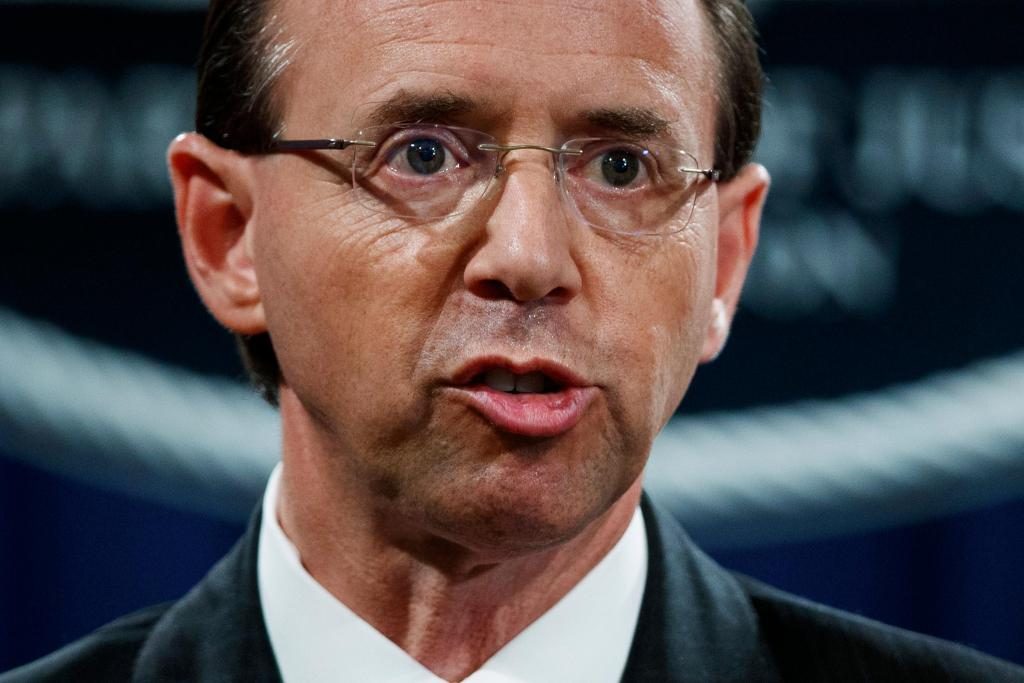 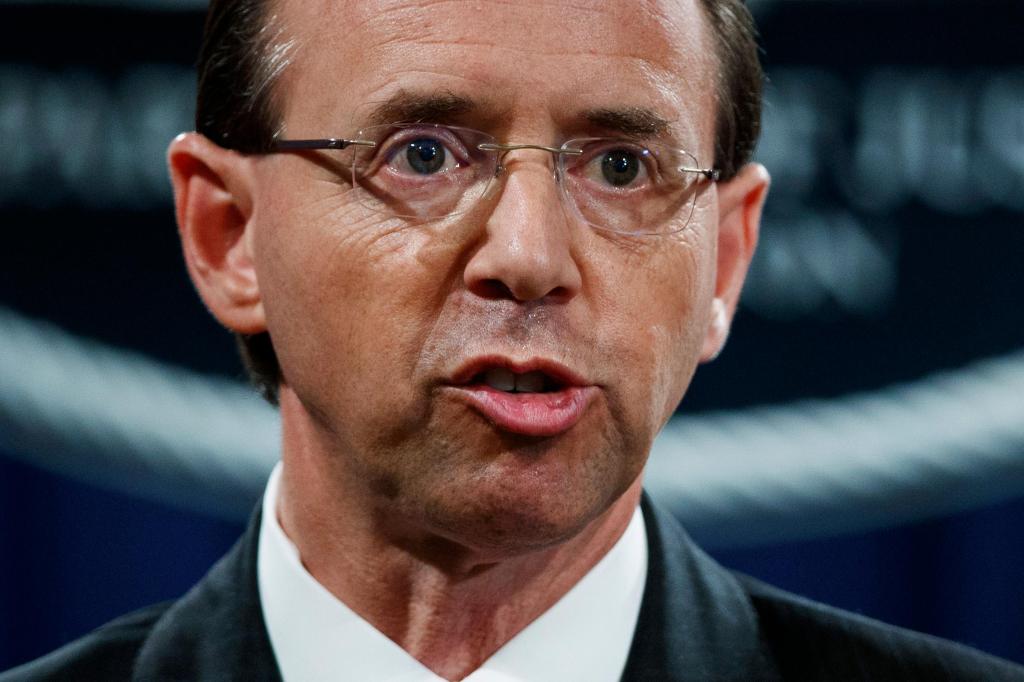 WASHINGTON — When John Keats said that autumn is the season of “mists and mellow fruitfulness,” he did not anticipate this American autumn. It resembles the gorier Shakespearean plays in which swords are brandished, people are poisoned and stabbed, almost everyone behaves badly and those who do not are thinking: Things cannot continue like this. Actually, they probably will because this is the first law of contemporary politics: There is no such thing as rock bottom.

On Monday, some hysterics in hot pursuit of the often heralded but never reached “constitutional crisis,” galloped off on the basis of rumors about speculations concerning hypotheses, all because Deputy Attorney General Rod Rosenstein went to the White House, perhaps — there was a frisson of anticipation — to be fired. He was not. On Thursday, however, Rosenstein is expected to speak with the president, presumably because of last week’s report that in May 2017, Rosenstein spoke, in the presence of other senior Justice Department officials, about possibly wearing a wire to surreptitiously record the president, presumably to facilitate invoking the 25th Amendment to remove him.

Well. It is fanciful to believe that senior Justice officials — all veteran lawyers, none political naifs — seriously contemplated resorting to the amendment in order to overturn a presidential election because the winner is, as he already had made abundantly clear to voters, dreadful. The amendment requires the vice president and a majority of the president’s Cabinet to notify Congress that they consider the president “unable to discharge the powers and duties of his office.”

Were the turmoil in the Justice Department, which is headed by the precariously placed Attorney General Jeff Sessions, exacerbated by the firing of Rosenstein, this would provide yet another occasion, this one fewer than 41 days before 435 House and 35 Senate elections, for congressional Republicans to remind voters of the purity of their fealty to the president. It is darkly amusing that in this instance they are Trotskyites. In 1924, Trotsky groveled at the Communist Party conference in an attempt to crawl back into the good graces of Lenin’s widow, Stalin and others not famous for forgiving deviations from party positions. Trotsky said: “Comrades, none of us wishes to be nor can be right against our party. In the last analysis, the party is always right.”

In today’s hyperventilating Washington, sifting evidence and weighing probabilities are considered damning evidence that the sifters and weighers are guilty of allowing reasoning to temper their ideological reflexes and inhibit their tribal loyalties. Which brings us to Thursday’s main event, the Senate committee hearing where two Democratic truth-seekers have already demonstrated a Trumpian zest for paltering with the truth.

New Jersey’s Cory Booker pretended to be courting martyrdom by making public some documents that were already in the public domain. And California’s Kamala Harris issued a video of a portion of Kavanaugh’s testimony that was doctored to imply that he opposes “birth control.” The Washington Post’s Fact Checker gave Harris the maximum four “Pinocchios” for snipping words from Kavanaugh’s testimony to make him seem to be issuing what Harris called “a dog whistle” for opponents of contraception. If Trump had not demonstrated otherwise in 2016, we might hope that such dishonesties would already have reduced by two the number of viable 2020 presidential aspirants.

Eighty days having passed since Kavanaugh’s nomination was announced, this is a suitable time to put in perspective the charge that his confirmation is being rushed. Here are the number of days between the announcement of the nomination and the confirmation of some important justices: Hugo Black, 5; Felix Frankfurter, 12; William Douglas, 15; Harlan Fisk Stone, 15; Robert Jackson, 25; Byron White, 8; Warren Burger, 17; John Paul Stevens, 19.

But the fact that senators and others holding constitutional offices are behaving in ways unworthy of their offices does not constitute a “constitutional crisis.” That carelessly bandied phrase properly denotes an occasion when the institutions and procedures created by the document ratified in 1788 cannot cope with powerful political and social forces. In 230 years, we have had only one such crisis: the Civil War. Watergate was a vindication of, not a crisis of, the Constitution.

Mystified Americans watching Washington’s current spasms surely know that their supposedly representative government does not now represent the nation’s much lower emotional metabolism. Most Americans resemble the character in the movie “About Last Night,” based on a David Mamet play, who when asked if he had noticed that Western civilization is collapsing, replied, “I live in a pretty good neighborhood.”