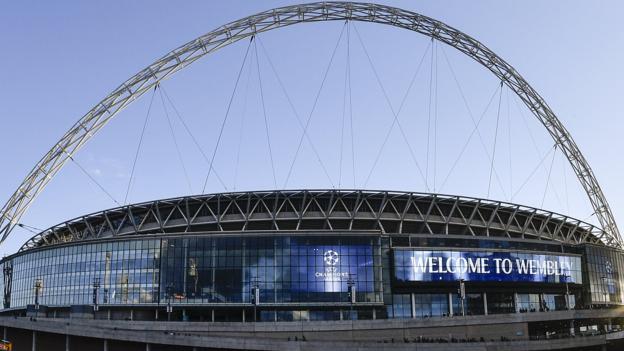 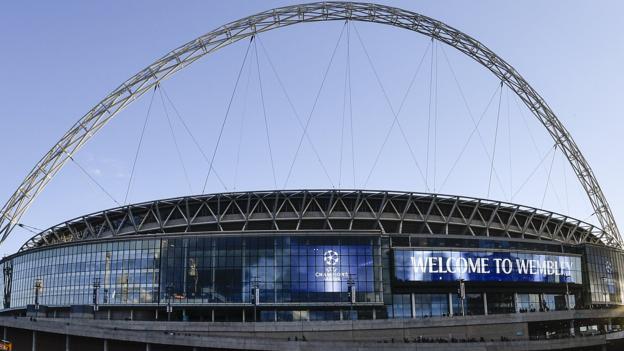 The proposed £600m sale of Wembley Stadium has moved a step forward after being discussed by the Football Association’s board.

It will now be considered by the 127-member FA Council on 11 October, with its views likely to impact on the board’s final decision.

But the plan was called “ridiculous” by former England player Gary Neville.

In a statement, an FA spokesperson said: “The sale of Wembley Stadium, the negotiated protections and an outlined plan to invest £600m into football community facilities, were presented and discussed at the FA board meeting today.

“Following on from this discussion, the FA board has agreed to take the presentation to the FA Council to get its input now that the full facts are known.”

FA chiefs have previously said they would not give up the national stadium unless there was a consensus within the game.

The FA Council – which includes representatives of the Premier League, Football League and county FAs – does not have the power to accept or reject the deal.

“The news from today’s FA board meeting is welcomed and encouraging,” Khan said.

“I understand the discussion was open and thorough. One cannot ask for more as we continue to work through the process toward reaching an agreement that will serve English football for generations to come.”

He added that his purchase of Wembley had “no effect” on plans to renovate Fulham’s ground, Craven Cottage, which would continue as “the permanent home of Fulham Football Club”.

What are the details of planned sale?

This deal is inching forwards.

But it remains under threat from those opposed to selling off what they see as the crown jewels of English football.

FA councillors will now get the chance to hear the plans over how the windfall would be invested and the commercial protections that will be put in place by the FA.

A further meeting is then planned with councillors to air grievances or raise any concerns.

The 127-strong body has no formal power to block the deal. But if there’s substantial resistance then it’s difficult to see how the sale could feasibly continue.

Should it navigate that stage then the board will meet again – the date is currently unknown – and make a final, potentially historic, decision.

Pros and cons – what they say

The FA says only one in three grassroots pitches are of adequate quality and it will invest in facilities.

FA chief executive Martin Glenn: “This is an opportunity to unleash an unprecedented amount of investment into community football. Receiving an offer to sell Wembley Stadium is not a ‘betrayal’. It is not selling the ‘soul of the game’.”

Prospective Wembley buyer Shahid Khan: “If you love English football, you want this deal to go ahead. This is a very good deal for all parties involved.”

Opponents have suggested selling an iconic national venue is a short-term plan which the FA will live to regret.

Former England and Manchester United defender Gary Neville: “The FA feels to fund the grassroots programme, they have to sell a national asset – it’s quite simply ridiculous. Don’t sell Wembley when you can place a levy on agents’ fees.”

Ex-Wembley chairman and Chelsea owner Ken Bates: “I thought it was a joke at first. The FA is not a commercial institution; it is the custodian of the national game.”

How To Watch Wilder vs Fury 3 Live Streaming Online