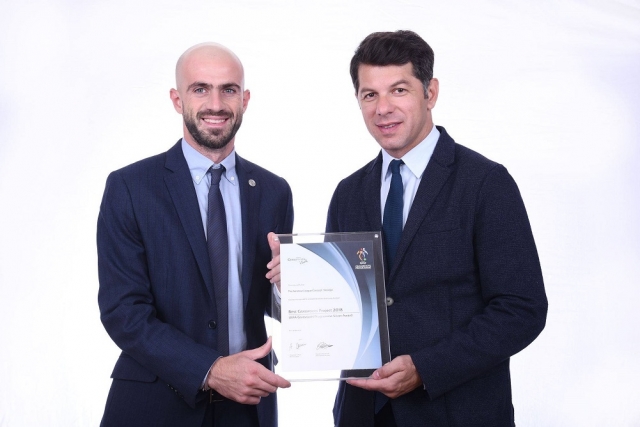 This is the first time Georgia has received the award, seen as especially significant as UEFA is one of the top priorities for Georgian football.

The Amateur League has been held in Georgia since 2016 and its aim is to engage as many people as possible, using their love of football, in a healthy and active lifestyle.

There are 400 Amateur League teams across the country, represented in every municipality. This means that the standard 11-on-11 format generally has more than 8000 amateur players.

The Grassroots Award is given annually to national associations or federations in different categories, including the Best Leader, Best Club, and Best Grassroots Project. It was first award in 2010.

The Best Grassroots Project award aims to distinguish initiatives that are innovative, have a social component, and serve to increase and sustain public engagement in football and support the campaign UEFA RESPECT.

First place for the UEFA Grassroots Award in the Best Grassroots Project category went to Iceland’s FC Sækó for undertaking “impressive work to help improve the mental and physical health of people through football.”

Stories of the sanguine

Large stretches of coral reefs can be rehabilitated