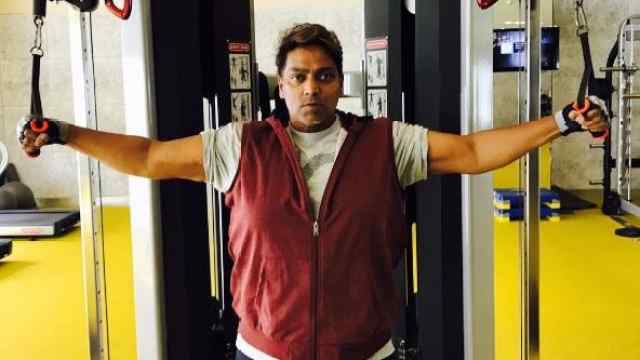 Ganesh Acharya reacts to harassment allegations against Nana Patekar, producer Sami Siddiqui, director Rakesh Sarang and himself, made by Tanushree Dutta. Acharya, who was choreographing the song for their film, Horn ‘Ok’ Pleassss, says he does not remember the incident described by Tanushree on the sets. “But it was a duet song as far as I remember. Something did happen that day because the shooting was also stalled for over three hours. There was some sort of misunderstanding,” said Acharya to News18.

So there were two fan moments happening simultaneously on Tuesday evening at an event when actor Ranveer Singh met up with badminton player PV Sindhu. The aapparently big fans of each other and this became clear as soon as PV Sindhu tweeted a photograph of her with Ranveer with the message:

“Finally we meet!! It was such a pleasure meeting you and an absolute fan moment.I congratulate you for all the success and i wish you all the very best for your future endeavours.I would rather call you “ROCK STAR” than ranveer singh @RanveerOfficial #rockstarranveer”

3. Sunny Leone Speaks out About Her #MeToo Moment

In a new interview with BuzzFeed News, Sunny Leone has talked about an incident of sexual harassment she faced when she was only 18 and how she responded. She was on the sets of one of her earliest shoots for a music video, when a rapper tried to misbehave with her. Despite being a newbie in the industry, Sunny made sure to respond strongly to her harasser and let the producers know about what was happening.

4. A Lady Came and Slapped Me for Embarrassing Family Name: Abhishek

After his hiatus and since the release of Manmarziyaan, Abhishek Bachchan has been positively vocal about his success and failure in the film industry. The actor has spoken about wanting to do more as an actor, and taking a step back to decide what kind of films he wants to do in the future.

Abhishek, in a chat at Jagran Film Summit, described a particularly tough moment in his career when he got slapped outside a cinema hall. Junior Bachchan narrated an incident where he received a slapped during the screening of his 2002 film, Shararat for “embarrassing his family’s name”.

Actress Shraddha Kapoor, who is gearing up for her forthcoming film based on the life of Indian shuttler Saina Nehwal, has said she feels lucky to be part of the film of an athlete who won the bronze for the country in 2012 London Olympics.

Shradhha Kapoor was addressing the media on the sets of her forthcoming film along with director Amol Gupte, producer Bhushan Kumar and Saina Nehwal’s parents Dr. Harvir Singh Nehwal and Usha Rani Nehwal on Tuesday in Mumbai.

(The Quint is now on WhatsApp. To receive handpicked stories on topics you care about, subscribe to our WhatsApp services. Just go to TheQuint.com/WhatsApp and hit the Subscribe button.)