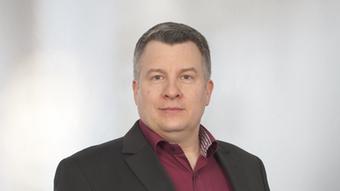 The true identity of Ruslan Boshirov, a suspected perpetrator of the nerve agent attack in Salisbury, is Anatoliy Chepiga, a Russian colonel who has been personally honored by President Vladimir Putin.

This is the conclusion of a British-Russian team of investigative reporters from Bellingcat and the Insider.

While the findings are supported by overwhelming evidence, they are nevertheless only a small piece of the puzzle in the Skipral case — a small but damning piece.

The revelation is much more than decisive evidence that a mastermind attack was carried out against the father-daughter pair — it finally reveals the sheer aggressiveness of Russian foreign policy orchestrated by Putin.

Despite all the excuses that have come out of the Kremlin thus far, there can no longer be any doubt: The Russian military intelligence agency GRU is behind the poisoning of double-agent Sergei Skripal, his daughter Julia and the tragic death of Dawn Sturgess three months later. Moreover, knowing the Russian system of government, it is inconceivable that such a brazen undertaking would be carried out without the explicit consent of the Russian president.

Since the Novichok assassination in March, Russia’s leadership has consistently denied and tried to cover up any orchestration of the crime.

Back in the UK, however, there have been many pieces of evidence that convincingly point the finger at Moscow’s involvement.

The Kremlin was initially able to gain a propagandistic advantage from the British government’s inability — or unwillingness  — to reveal the concrete connection between the perpetrators and Russia. This all changed at the beginning of September, however, when photos of the two suspects along with their alleged fake identities, Ruslan Boshirov and Alexander Petrov, were published. With these fresh revelations, the Kremlin’s excuses have all but collapsed.

Even the interview with the two suspects on Russian state broadcaster RT was a farce. The staged souvenirs of the alleged tourists’ visit to Salisbury were blatant falsities.

Who is Anatoliy Chepiga?

The latest revelation from Bellingcat and the Insider is a crucial piece of circumstantial evidence. It convincingly proves that Ruslan Boshirov is actually an alias of Anatoliy Chepiga, a long-serving and highly decorated officer of the GRU.

After three missions in Chechnya, Chepiga even received Russia’s highest military honor, the Hero of the Russian Federation, in 2014 — an accolade usually awarded by Putin himself.

The uncovering of the true identity of one of the suspects in the Salisbury attack is irrefutable evidence of the Russian government’s involvement that goes all the way up to the highest authorities at the Kremlin.

Predictably, Russia will deny all the evidence presented and launch a new disinformation campaign through the media.

But with this new smoking gun, the truthful realization will finally prevail: The Kremlin was behind the Novichok poisoning attack on British soil.