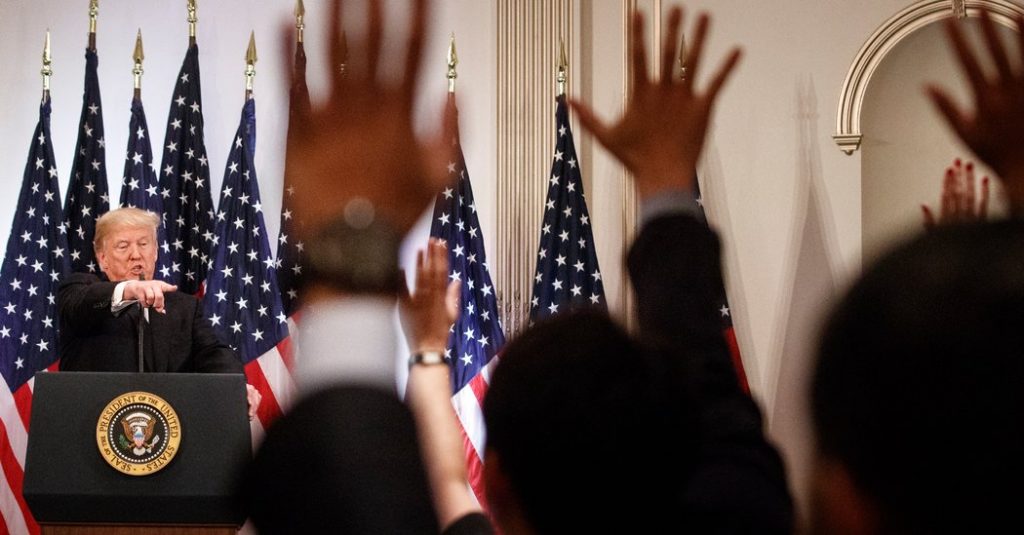 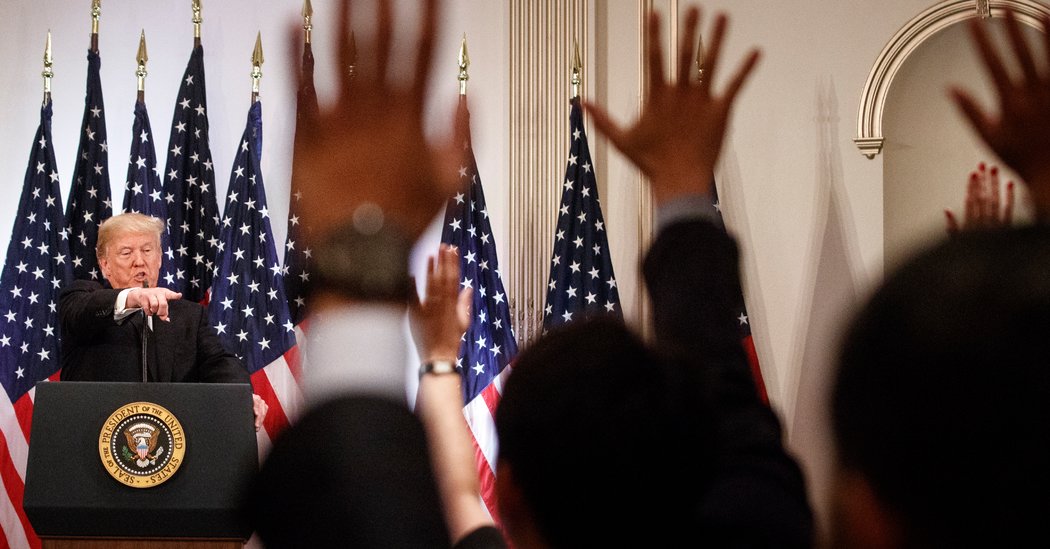 Good Thursday morning. Here are some of the stories making news in Washington and politics today.

• President Trump said the sexual assault allegations against Judge Brett M. Kavanaugh “are all false,” but also said that he “can always be convinced” by the hearing today at which Christine Blasey Ford is to testify. [Read the story]

• Mr. Trump had some advice as Judge Kavanaugh, his Supreme Court nominee, prepares for the Senate committee hearing: Be more aggressive, show more outrage, push back more. In other words, be like Mr. Trump. [Read the story]

• Judge Kavanaugh plans to tell the Senate that he “was not perfect” in high school and to deny any sexual misconduct. [Read the story and the opening statements by Judge Kavanaugh and Dr. Blasey]

• After a second accuser, Deborah Ramirez, said Judge Kavanaugh sexually assaulted her in college, a third woman, Julie Swetnick, accused him of sexual misconduct in high school. [Read the story]

• Senator John Kennedy of Louisiana, a member of the Judiciary Committee, is urging his fellow Republicans to avoid turning the Kavanaugh hearing into a spectacle. [Read the story]

• Female House candidates from both parties are mostly waiting to calibrate their reactions to the accusations against Judge Kavanaugh until after the hearing today. [Read the story]

• The president said he did not want to fire the deputy attorney general, Rod Rosenstein, who is said to have discussed secretly recording him to expose the chaos in the administration. [Read the story]

• “They do not want me or us to win, because I am the first president to ever challenge China on trade”: Mr. Trump accused China of meddling in the midterm elections. [Read the story]

• It could take “years” to rid North Korea of nuclear weapons, Mr. Trump said, reversing the position he took a year ago that Pyongyang had to disarm rapidly. [Read the story]

• The Trump administration is investigating whether Yale University illegally discriminated against Asian-American applicants in a continued effort to challenge affirmative action. [Read the story]

• Kiah Morris, the only African-American woman in Vermont’s House of Representatives, has resigned, citing years of racially motivated harassment and threats. [Read the story]

• When they went to the South to register voters in 1964, they were thrown in jail. Some rights advocates returned this week to find many of the same challenges. [Read the story]

• Representative Keith Ellison of Minnesota has asked the House Ethics Committee to investigate recent allegations of abuse made against him by a former girlfriend. [Read the story]

• The Federal Reserve raised interest rates for the third time this year and signaled it was on track to do so again in December. [Read the story]

• In a rare bipartisan feat, the House and Senate have agreed on an opioids bill. But addiction experts say far more is needed. [Read the story]

Today’s On Politics briefing was compiled by Margaret Kramer in New York.

Check back later for On Politics With Lisa Lerer, a nightly newsletter exploring the people, issues and ideas reshaping the political world.

Is there anything you think we’re missing? Anything you want to see more of? We’d love to hear from you. Email us at onpolitics@nytimes.com.