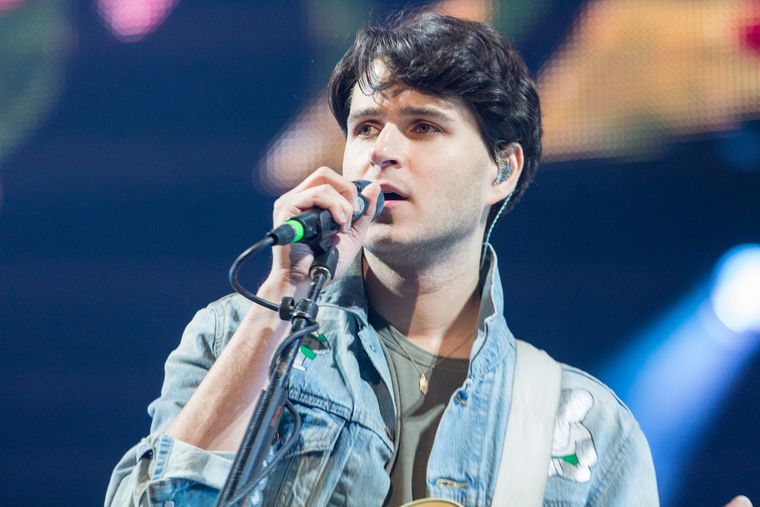 Welcome to Hype Daily, Mic’s morning entertainment roundup. Here’s everything you need to catch up on in the entertainment world and what to look forward to today. Want to receive this as a daily email in your inbox? Subscribe here.

Apparently actor Rashida Jones and Vampire Weekend frontman Ezra Koenig secretly had a baby back in August, according to an E! News report on Wednesday. Jones gave birth to their new son — and first kid — Isaiah Jones Koenig on Aug. 22 in Los Angeles.

Jones and Koenig are a super-private couple, according to Pitchfork: They’ve never actually publicly confirmed their relationship even though the rumors about them being together began all the way back in 2016. Anyways, mazel tov and welcome to parenthood, you two!

Former NBA star and basketball legend Kareem Abdul-Jabbar has a new gig and it’s got nothing to do with sports. Veronica Mars creator Rob Thomas announced this week that Abdul-Jabbar is joining the writing staff of the show’s new Hulu reboot, Vanity Fair reported Wednesday.

The pivot to TV writing isn’t totally out of the blue for Abdul-Jabbar. He’s written books and pop culture think pieces and acted, so it sort of makes sense that he would find himself behind the scenes of a TV show. Here’s hoping he writes jokes as memorable as his hook shot.

Swedish pop star Robyn, whose long-awaited new album will be released Oct. 26, finally dropped her highly anticipated single, “Honey,” Wednesday. An earlier version of the song originally premiered in an episode of Girls more than a year ago, Pitchfork reported Wednesday, and fans have been clamoring for the full track since then.

Well, they finally got what they wanted, and “Honey” is already being called “the best song of the year.” You can stream it on Spotify and judge for yourself — if you haven’t played it a million times already.

It seems like Disney actually listened to complaints about a teaser from the upcoming animated movie Ralph Breaks the Internet, the sequel to Wreck-It Ralph, after complaints a character had been whitewashed. Fans noticed that Disney’s Princess Tiana, from the 2009 movie The Princess and the Frog, looked, well, whiter in a teaser released for the upcoming Ralph film, USA Today reported.

Her hair and skin were lighter, and her facial features looked pretty different from her original character design. But Disney apparently met with the advocacy group Color of Change and agreed to fix the animation, according to USA Today.

In a statement, Color of Change said, “Disney’s decision to restore Princess Tiana’s image to that of an unapologetically black princess with full lips, dark skin and dark hair in Ralph Breaks the Internet: Wreck-It Ralph 2 is a victory for Color of Change members, Black children and their parents, and black audiences who want to see the variety of shades, shapes and sizes of black characters accurately represented in the arts.”

Put this on your radar: Smallfoot

The new animated movie Smallfoot hits theaters Friday. It tells the story of a friendly Yeti trying to prove to his community that humans actually exist and aren’t just mythical creatures. But actually, I’m not recommending Smallfoot — I don’t care whether or not you see it.

What you definitely should see is this bizarre viral video of comedian Gabriel Gundacker singing all of the voice actors’ names in the movie while he twirls around in front of posters for Smallfoot. Seriously — if you haven’t seen this video yet, watch it here. Because Zendaya is Meechee.