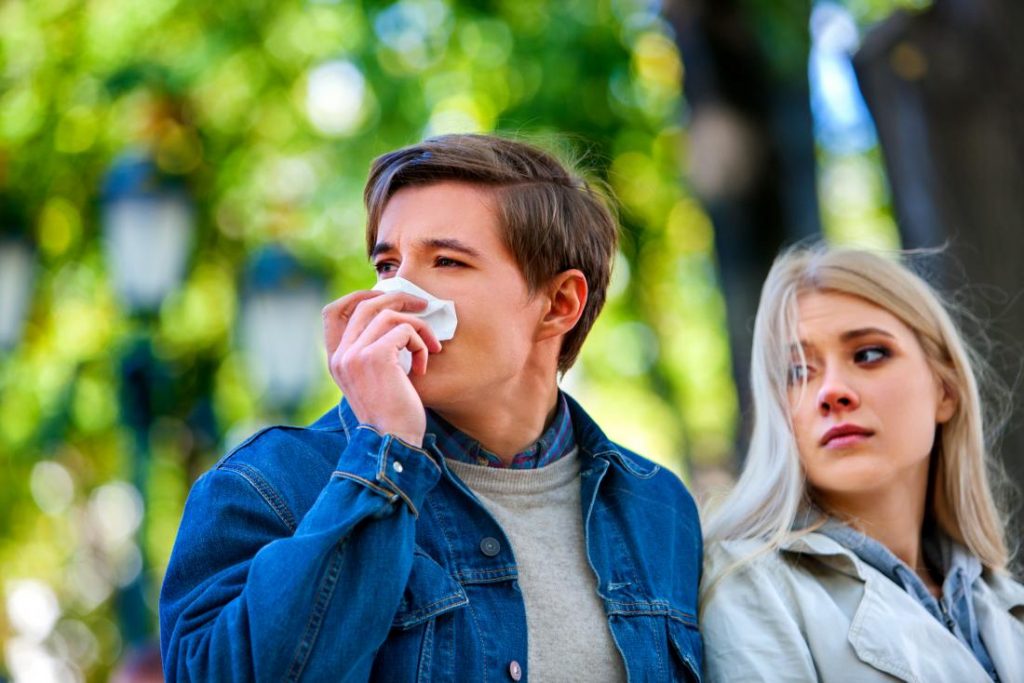 What happens when ill and healthy people share a living space?

Disease and infection can alter bodily odor. This mechanism is an important tool, albeit one that we are not usually aware of, in guiding social interactions self-preservation mechanisms.

If we can “sense” that a stranger on the bus has a cold, we may instinctively avoid sitting down next to them.

Previous research has shown that rodents are particularly adept at sniffing out disease.

This influences their social behavior and impacts which other rodents they choose to interact with and when.

Also, considering that animals have better noses than humans, some researchers have also tried to train them to identify certain human diseases.

For instance, scientists at the University of Pennsylvania in Philadelphia sought to train dogs to sniff out ovarian cancer.

A new study from the Monell Center in Philadelphia, PA, now shows that disease may influence not only the bodily odor of an infected individual, but also that of other people with whom they share a living space.

“Exposure to the odors of sick individuals may trigger protective or preparative responses in their social partners to minimize the risk of impending infection,” notes lead study author Stephanie Gervasi.

The results of this research — published in the journal Scientific Reports — could reshape our knowledge of how the smell of illness may influence social interactions.

When the ill and the healthy live together

Previous research conducted by Monell researchers — in collaboration with colleagues from other institutions — in mice has shown that even inflammation can change an individual’s bodily odor.

These subtle changes allow the rodents to pick up cues about possible signs of infection and thus steer clear of contagion.

So, in order to test how such odor changes would affect healthy people, Gervasi and team injected a group of mice with lipopolysaccharide (LPS), a non-infectious toxin that nevertheless triggers inflammation in the body.

The researchers housed the LPS-inoculated rodents, which represented a model of infection, in the same enclosure as a number of fully healthy mice.

Then, they introduced “biosensor mice,” also known as “sniffer mice,” which are animals trained to differentiate between the smell specific to the urine of LPS-injected mice and that of the urine produced by healthy mice.

Gervasi and colleagues found that the sniffer mice were likely to “categorize” the urine of healthy mice housed with experimental mice in the same way as that coming from LPS-injected rodents.

In other words, the healthy mice that had shared an enclosure with the “sick” mice tended to produce the same odors as the latter.

‘A remarkable transfer of information’

These findings held strong in further experiments, in which the scientists placed healthy mice and LPS-injected ones in enclosures separated by a perforated partition, which would allow smells to circulate but would prevent the animals from the two groups from touching and interacting.

This second experiment also suggested that the method of transmission was not due to physical interaction between the mice.

“This work shows not only that odors signal disease but that they can have strong effects on individuals that detect them,” notes senior study co-author Gary Beauchamp.

“This is a remarkable transfer of information via olfaction that specifically alters physiology and could play a role in disease transfer among individuals in many species.”

“This knowledge that healthy animals can emit odors associated with sickness,” he says, “may inform our efforts to use bodily odors to understand how pathogens are transmitted within a population of animals.”