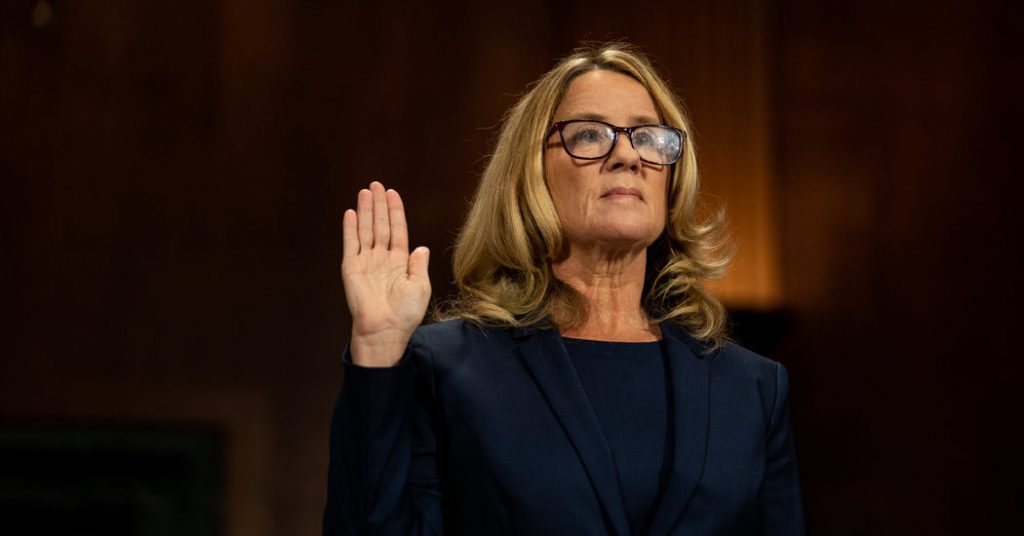 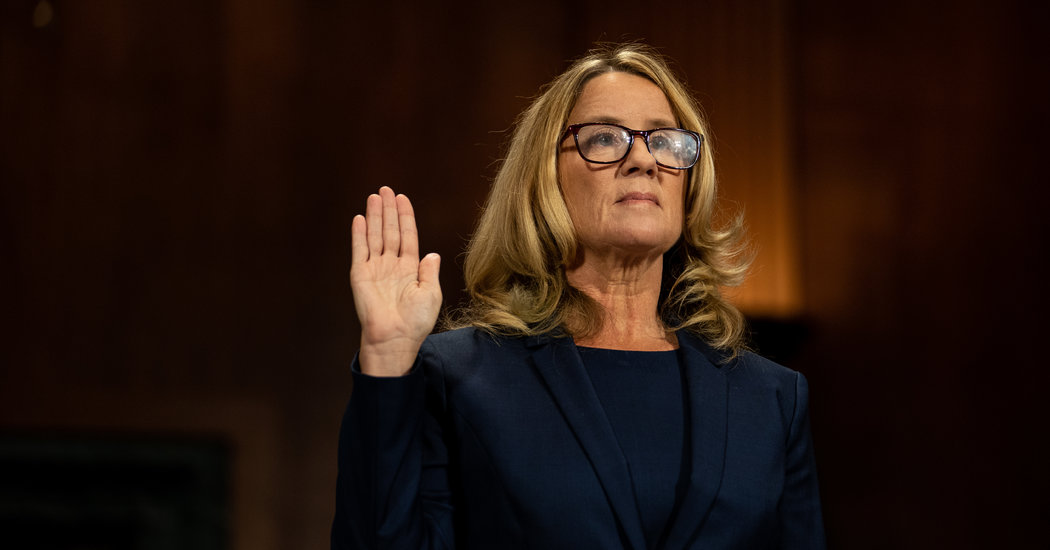 Christine Blasey Ford didn’t try to play it cool. She didn’t worry about being perfectly composed. When she needed caffeine, she asked for caffeine. When nerves got the better of her, she giggled nervously. She smiled at odd times, the way all of us smile at odd times.

And when Republicans and Democrats on the Senate Judiciary Committee preened and sniped and made vaguely self-important fools of themselves, she showed her confusion, her amusement, her surprise. She wasn’t some partisan warrior. She was America.

I’m writing about her testimony alone, and I’m writing before Brett Kavanaugh’s turn. It’s important that he get one and be treated with respect and an open mind.

But she was impressive. She was persuasive. I sensed no outsize anger. I detected no guile. If she was pushing an agenda, I didn’t catch a whiff of it. If she was relishing the spotlight, I didn’t spot a sign of it.

She was neither overly rehearsed nor cavalierly unprepared. She was specific. She was polite. She expressed frustration, even contrition, when she didn’t immediately comprehend a question and glanced around for clarity.

What registered most strongly about her was an understandable tremulousness, a complete earnestness and a commitment to only those assertions she felt full confidence about.

Could her memory be imperfect? Yes. Was Thursday’s historic hearing bound to end with a full understanding of events of more than 35 years ago and an indisputable revelation of the truth? No.

But our role on Thursday, as concerned Americans, was to listen hard and hear well and assess — not for the purpose of a criminal prosecution, but for the purpose of an appointment to the highest court in the land — the credibility of the woman and then the man who appeared before the committee.

And her credibility was strong indeed.

Most of us had heard her story before and were familiar with the elements of her accusation against Kavanaugh. But that was nothing like watching her tell it, in her own voice, with her own mannerisms, with pauses and stutters and a frequent catch in her throat as she audibly struggled not to cry.

A woman who is among my best friends and roughly fits Blasey’s profile in terms of generation and education sent me a text message: “If you’re middle-aged, she’s you. If you’re a millennial, she’s your mom.” I bet that hundreds of thousands — if not millions — of other Americans who tuned in to Blasey’s testimony felt the same.

Her impact was in the details:

How her hair sometimes obscured her face, like a set of curtains that she was keeping partially drawn, for a bit of protection.

How she toggled from plain words to more formal anatomical and academic terms, from descriptions of her terror and Kavanaugh’s alleged laughter to statements about the way neurotransmitters encode information in the hippocampus of the brain.

How she and her husband were propelled into therapy by her aesthetically indefensible desire to have two front doors — multiple exit routes — on their home.

How she apologized for misusing the word “bystander” in a hastily written account of the night in question and how she assured Senator Charles Grassley, the Republican chairman of the committee, that if he and others had decided to travel to California to question her there, “I would have happily hosted you.”

“I am terrified,” she said at one point. At another: “I don’t have all the answers and I don’t remember as much as I would like to.” And at another, in an endearingly self-effacing vein that kept recurring: “I don’t know what exculpatory evidence is.” There was honesty there. There was authenticity.

It was impossible not to like her. It’s difficult not to believe her.