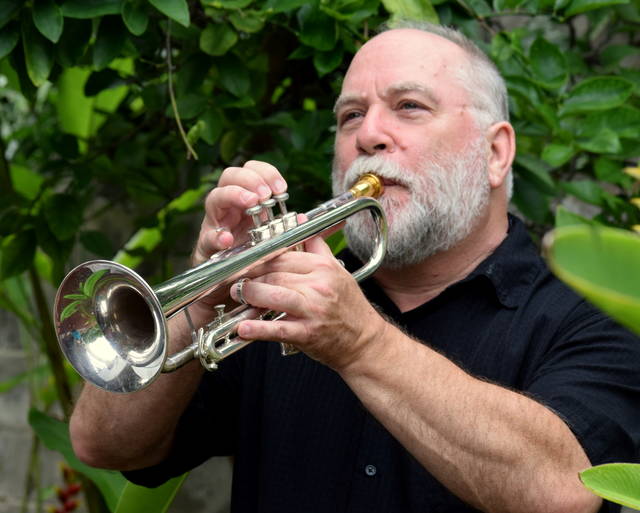 The Chamber Orchestra of Kona (COOK), a local community orchestra comprised of approximately 30 musicians, will presents a pair of concerts at the Aloha Theater in Kainaliu at 6 p.m. Saturday and 4 p.m. Sunday.

Each concert will present just over an hour of orchestral music. Tickets can be purchased online at www.chamberorchestraofkona.com/concerts.html.

The concerts, called “Spotlight on Soloists,” will feature members of the orchestra in four dynamic and exciting performances, including Peter Bosted on oboe performing “Gabriel’s Oboe” from the 1986 movie The Mission composed by Enrico Morricone and Charlie O’Kelly on trumpet playing selections from The Trumpet Concerto in E Major by Johann Nepomuk Hummel. David Turner will be featured in The Clarinet Concerto by Maria Von Weber, known for operas such as Der Freischütz, Euryanthe and Oberon and Ursula Vietze, well-known Kona area violinist and the orchestra’s concert master, will perform The Violin Concerto No. 1 in G minor, Op. 26, considered one of the most popular violin concertos in the repertoire

In addition the orchestra will perform selections from The Chronicles of Narnia film series that were first released in 2005.

In this four-hour introductory workshop for players ages 13 to 17, participants will form a team mentality and become more comfortable with fellow players by learning how to connect with eye contact and support one another.

The workshop will be held at Honua Studios (located below Costco) and runs from 10 a.m. to 2 p.m. Tickets are $40 for new students and $20 for Alohaha members.

Info: To register or for more information visit www.thealohahas.com.

The Zodiac Trio to perform at Kahilu

Kahilu Theatre invites classical music lovers to a performance by the Zodiac Trio at 4 p.m. Sunday. The group is one of the most recognized ensembles in the world chamber music scene today. They have earned distinctive honors for their work and created a non-traditional synergy by including a wind instrument in the genre. Tickets can be purchased at 885-6868 or kahilutheatre.org.

Zodiac Trio is comprised of prize-winning musicians: Riko Higuma on piano, Vanessa Mollard on violin and Kliment Krylovskiy on clarinet. The trio was originally formed in 2006 at the Manhattan School of Music in New York. They became the first American group to enter the esteemed Ysaÿe Quartet Chamber Music program at the Paris Superior Conservatory.

The internationally acclaimed Zodiac Trio is founder of the Zodiac Music Academy &Festival. The festival, started in 2015, invites advanced students and pre-professionals for two weeks of intense training and ample performance opportunities on the famed Côte D’Azur in France.

Halloween season is fast approaching and who better to get you into the spirit than the creepy, kooky, altogether ooky Addams Family, live on stage? You know them, and chances are you’ll know the Kona performers playing these legendary roles when the Aloha Theatre brings them to life and death.

The hilarious, macabre Addams clan is led by Victor Lugo as Gomez and Jaquelynn Collier as Morticia. Playing other classic family members are Cambrey White, as Wednesday; Maka Cabatbat, as Pugsley; Miguel Montez, as Uncle Fester; Kelly Spangler, as Lurch; and Karen Hollinger, as Grandma.

The family is joined in the musical by the Beineke family. Lucas is Wednesday’s new boyfriend, played by Stephen Alves, and his parents Alice and Mal, are played by Nikki Johnson and Joel Michaelson. Their visit to Casa de Addams sets the show’s plot spinning.

“The Addams Family: A New Musical” is appropriate for all ages, based on characters created by The New Yorker cartoonist Charles Addams. Music and llyrics are by Andrew Lippa, with book by Marshall Brickman and Rick Elice. The Big Island premiere will be performed at the historic Aloha Theatre, weekends from Oct. 12-28, with Friday and Saturday shows at 7:30 p.m. and Sunday matinees at 2:30 p.m. The theatre is approximately 15 minutes south of Kailua-Kona, in the village of Kainaliu.

Info: More information and tickets are available at www.AlohaTheatre.com.

The Big Island Ukulele Guild is hosting its 14th Annual Stringed Instrument Show at the Wailoa Art Center in Hilo from Oct. 5-25. The exhibit showcases finely crafted ukuleles by guild members as well as a juried ukulele contest. The exhibits are open from 8:30 a.m. to 4:30 p.m. Monday through Friday.

All events are free at the Wailoa Center and open to the public. All four special events include a drawing for a free ukulele.

Salman is a native of Connecticut and a graduate of The Juilliard School of Music, where he studied with Richard Fabre and Josef Raieff. He previously attended the Massachusetts Institute of Technology for two years, where he concentrated on chamber music and composition, studying with the noted composer, John Harbison.

Salman currently lives in Seattle and serves on the faculty of the Seattle Conservatory of Music.

Salman has toured extensively throughout Europe, Asia, Canada and the United States including performances at Carnegie Hall and Alice Tully Hall in New York. Besides his wide-ranging repertoire, Salman is perhaps best known for his expertise on Beethoven, having performed the complete cycle of the thirty-two piano sonatas on both coasts.

Several years ago, newly-formed Honua Studios came to Kona Science Café to describe their studio and the partnership with the State of Hawaii and the County of Hawaii that created the Global Virtual Studio Transmedia Accelerator program. Since that time, Honua Studios has grown and supported a number of film projects on Hawaii Island.

Join the cafe this month on site at Honua Studios for an update on the progress that the company has made and how the accelerator program has impacted media projects in Hawaii. Derek Hall will also discuss the latest project to hit the theaters, “Running for Grace.” a feature film recently released in A tour of the Honua Studios facility, including green stage and production rooms, is also scheduled.

Info: For more information, contact Rod Hinman at rod@auroraresearch.com or 989-0977.