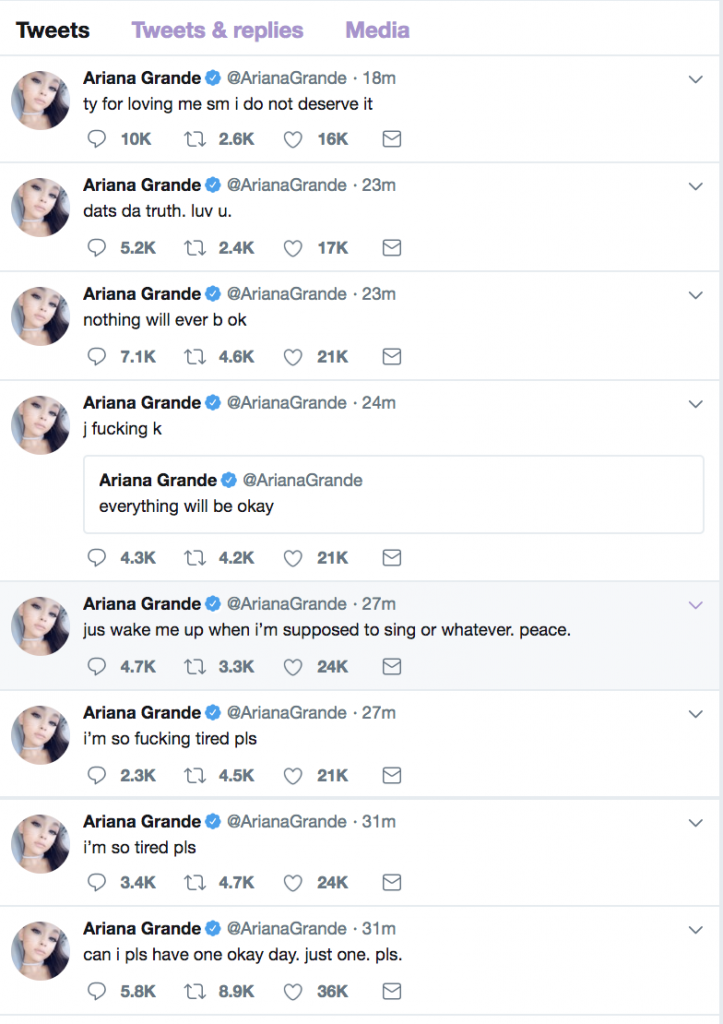 After nearly a day without tweeting, Ariana Grande updated her Twitter account with a series of incredibly emotional tweets about mental health and self-care, some of which have since been deleted. Beginning around 5:30 p.m. today, she wrote, “can i pls have one okay day. just one. pls.”

She followed the tweet with several that have lead to concerns among her fans and followers.

It’s unclear if a specific incident caused Ariana to post these tweets today or what made her delete them shortly after, but she has had a difficult time recently considering her ex-boyfriend Mac Miller recently passed away on September 7, which she has opened up about in the past month.

Earlier today, it was announced that Ariana would perform in the upcoming A Very Wicked Halloween concert special on NBC.

“Given the events of the past couple of years, Ariana is going to take some much needed time to heal and mend. She will be staying close to home and using this period to spend time with her loved ones and work on new music without deadline. She thanks her fans for their understanding.”

This post will be updated when more information becomes available.