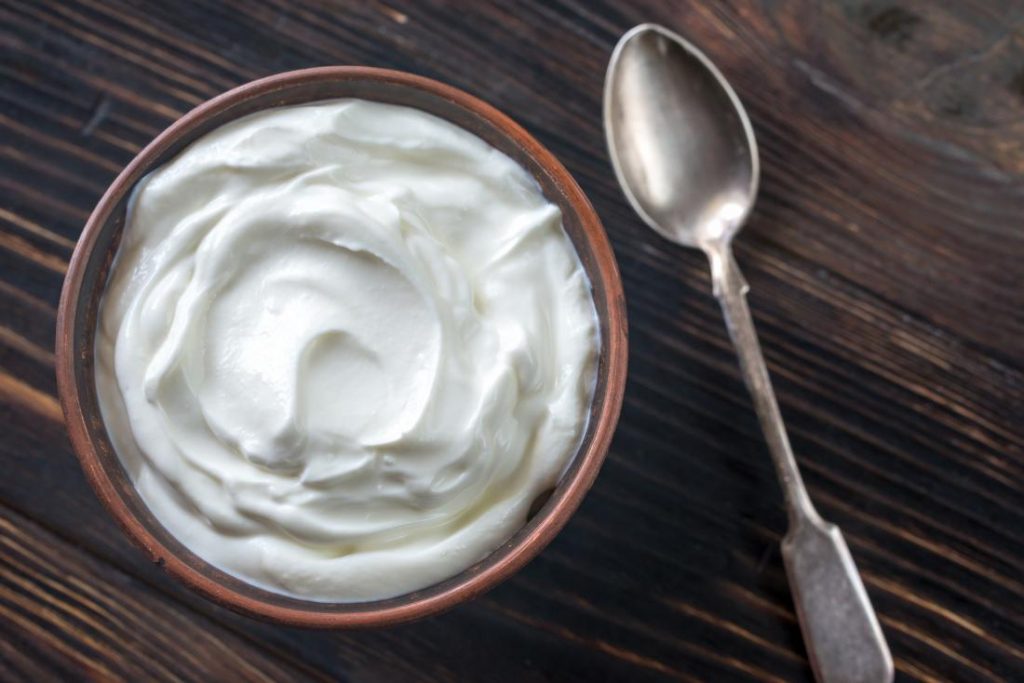 Strained Greek yogurt is lower in sugar than regular yogurt. Removing the whey produces a thicker, creamier yogurt with a tart taste.

Some manufacturers add thickening agents to regular yogurt, and market it as “Greek-style” yogurt, which may not share the same health benefits as Greek yogurt.

In this article, learn about eight potential health benefits of Greek yogurt, as well as how to incorporate it into a balanced diet.

Eating Greek yogurt may be good for health thanks to the nutrients it contains, including:

The potential health benefits of Greek yogurt include:

Eating Greek yogurt may improve bone health, as it is rich in calcium and protein.

Greek yogurt is protein-rich, so it may help people feel fuller for longer. Research suggests that people may eat less throughout the day after a meal that is high in protein.

Research suggests that eating a high-protein diet may increase the number of calories a person burns per day. It is best to include some protein with every meal.

But eating Greek yogurt, as part of a balanced diet that includes enough protein, fibrous carbohydrates, and healthful fats may aid weight loss and boost metabolism.

Greek yogurt is a source of probiotics that support gut health.

Greek yogurt contains probiotics. These are good bacteria that may restore a healthy bacterial balance within the gut.

But recent research raises questions about these benefits. It is possible that not everyone responds to probiotics in the same way.

A 2018 study suggests that some people’s guts are resistant to the benefits of probiotics while others are more receptive.

Research suggests that consuming probiotic yogurt is beneficial for a person’s mental health.

A 2016 study found that workers who ate 100 grams of probiotic yogurt a day or took a daily probiotic capsule experienced less stress, depression, and anxiety than those who did not.

This effect is likely due to the relationship between the gut and brain, and the ability of the gut to make neurotransmitters, such as serotonin and dopamine.

Greek yogurt is a form of probiotic fermented milk that may lower blood pressure.

However, research is not conclusive. Another study from 2015, involving 156 overweight participants, found that eating probiotic yogurt did not affect blood pressure and other cardiovascular risks.

8. Reducing the risk of type 2 diabetes

Greek yogurt may reduce the risk of type 2 diabetes, a condition that affects how the body processes blood sugar.

Researchers linked eating more yogurt, although not other dairy products, to a reduced risk of type 2 diabetes, according to a 2014 study.

How to eat Greek yogurt

Greek yogurt is an excellent topping for chili.

There are many ways to enjoy Greek yogurt, including:

Strained Greek yogurt made in a traditional way may be beneficial for a person’s health.

Many of the potential health benefits of Greek yogurt relate to its high protein content. A protein-rich diet may help reduce hunger, boost metabolism, and build muscle.

Greek yogurt is an excellent source of calcium, which can help improve bone health. It also contains probiotics, which support a healthy bacterial balance in the gut.

Eating Greek yogurt may be associated with lower blood pressure and a lower risk of type 2 diabetes.

People can enjoy Greek yogurt as part of a healthful, balanced diet.

Celebrity Photo Leak Places Spotlight Around the Cloud, And Security